Happy new year everyone. Once again you, our magnificent customers and benefactors have generously seen us through the year by eating toasties, having us at weddings and buying the book. We are tremendously grateful. We are currently having our annual down time, where we try and remember how normal people conduct relationships, catch up with everyone who we haven’t seen since this time last year and do all the jobs we have been putting off for the last 9 months.

This seems like a good moment to announce that we are also using this time to enjoy and come to terms with being a family of 4, as we had our daughter Hester in November. 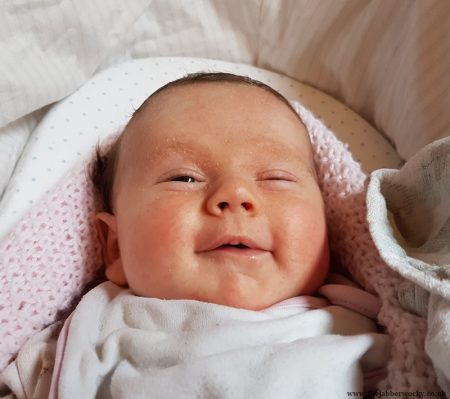 Time for a review of our year. It’s a little late, but before Christmas there are street food obligations. After Christmas, in the grey dawn of a new year full of dieting resolutions and bad weather, there are very few reasons to leave the house, let alone partake in outdoor snacks. I’ve covered this before. At any rate, this is the time for blog posts about 2017.

For the first time, we had norovirus. I have no idea how we caught it, but thankfully we realised early and cancelled all the work that week. It sucks that we lost money, it sucks that we had to let organisers down. But we did the only thing you can do in those circumstances. You can’t prepare or serve food until 48 hours after you are symptom free, so you have to suck it up and move on. I would urge everyone who ends up in that situation to do the same.

Sickness is one of the great taboos of catering and hospitality, because especially in independent businesses, the margins rely in every member of staff pulling their weight, so a missed day will almost always mean lost revenue somewhere along the line. There is also an unnecessary sense of machismo in kitchens, where illness is a sign of weakness and pulling constant 90 hour weeks is being hardcore, rather than being exploited by your boss. Add to that the fact that no one wants to acknowledge illness in kitchens ever, because eww, and we have the state of the industry today. So lead by example if you are one of us, and maybe change can come gradually. Legal details can be found here if you want to read up on it.

I am parent to a 2 year old. My house is now awash with cars and much time is spent clearing away eddies of vehicular playtime from all parts of the house. It’s unrelated to street food, but I’m sitting on a car right now and there are two on the sofa here with me. 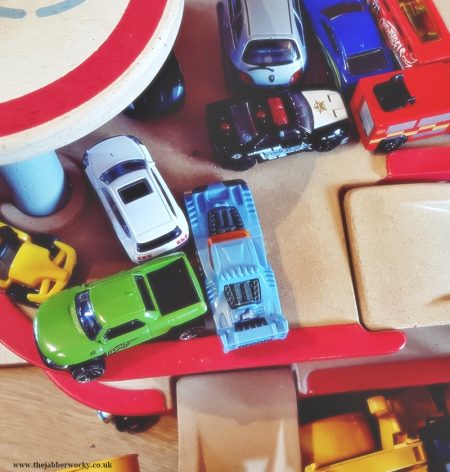 The British summertime is both too hot and too wet

Two of our favourite events were blighted by Weather in 2017. Leamington Food Festival, our first ever event way, way back in 2011 has been our reference point for the whole year, and 2017 will be remembered as The One With The Rain. So, so much rain. People do not buy food in the rain. People do not buy anything in the rain. So thank you to everyone who, despite my claims to the contrary, came and did. 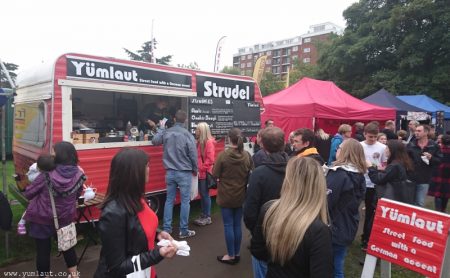 Then there was peace festival, another one of our long-standing Leamington events. It was a glorious weekend. Except, and this really does sound like there is no pleasing me, it was too hot. Street food sells well at temperatures of between 10 and 27°C. Below that and no one wants to eat outdoors, above that and everyone is outdoors, but no one wants to eat. Now you know.

I spent the entire season  at various stages of pregnancy, gradually carting around more and more foetus and less and less toddler (much to the toddler’s annoyance). I learnt that you can still do camping at a festival when you’re 6 months pregnant, and you can run the van for a night if it’s a quiet one. Toastie-making, however, is pretty limited after about 7 months. Not because of the tiredness; the toddler has already sent you crashing through that barrier months ago, but because the bump gets in the way. 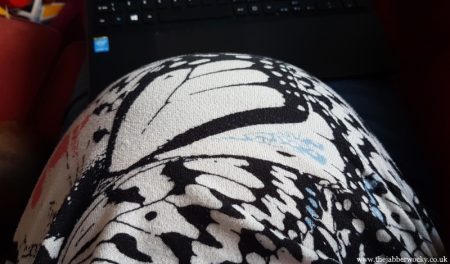 Observe. I could have put this anywhere, but here it is, right in the way. Hold a laptop or tablet screen just below your chest for best results.

I put myself on maternity leave from 7 months onwards, because it’s my business and I can. However one of our street food buddies just had a baby and she was still out there at 8+ months, which is nothing short of heroic. If you are thinking about babies & street food then ask around. We all experience pregnancy differently. I had a very easy ride with virtually no sickness, but was GIGANTIC by 7 months and couldn’t really stand any more.

Also we get judged furiously for this, although I’m not quite sure why, but there is no harm in making a 9-month-ahead-plan to have a baby in the off-season. It means we both get to enjoy tiny baby and Barny doesn’t have to rush off to festivals straightaway. Sometimes the plan works (like this time) sometimes it doesn’t (like last time) but there is no harm in trying.

Have a wonderful year and see you out on the road some time!

Hi there!
Firstly congratulations on your growing family – it sounds more than heroic given the amount of work a street food business takes and kids too – mental!
As it is ‘admin’ month – I wanted to ask if you or any other traders have had the happy (sarcasm) experience of getting information out of our friends at the DVLA or DVSA (was VOSA)?? I have been tried in rather unpleasant knots and passed from pillar to post to find out how to MOT my ex-ambulance street food van. It is my first MOT with it and the previous owners still had it down as an ‘ambulance’ on the log book and PLG. So – no local garage would touch it. No plating certificate, a converters VIN plate (so no VOSA/DVSA garage will work on it) also there’s no way it is under 3.5 tonnes with me, the wife and full of stock and equipment!
I know your ‘beast’ was an ambulance – so I wondered how you kept it under 3.5 tonnes when doing a big festival?
Sorry for telling a tale here – but wanted to ask if others had tried and failed with dodgy paperwork (inherited) weight issues (not me – the van) and myriad of red tape and our government agencies literally scratching their heads every time I ask them for information of what to do?
If this has been covered in earlier posts, I do apologise – but it’s taken almost 3 months and still going through the DVSA…. oh and knocking back work isn’t the best due to ‘bad admin’ – as the van is fully operational!!