Why Am I Doing This?

The year is almost through, and street food has once again been kind enough to provide us with enough to pay the enormous tea bill. The last few months have been quite tough; physically, mentally and occasionally lacking in tea, but we are all still here, and political catastrophes aside, the world is still just about functioning. So this one goes out to everyone who is asking themselves: “Why am I doing this?”

Hopefully, due to the nature of the content matter, “this” is in some way related to street food. So let me start by unburdening some enthusiasm on you, because after maternity leave and a summer of parenting a 1 year old who MUST. TOUCH. EVERYTHING., I know exactly why I’m doing this. 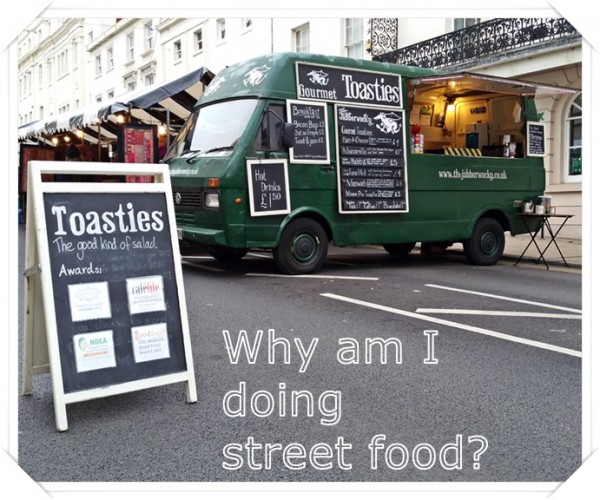 Why I’m doing this.

Street food is a combination of Things I Do Best. I am not showing off (more than usual), but doing things well is satisfying, and the toasting, the flavour hunting, the writing about it, the peopley interaction, the award winning: they are things I would consider my strengths. Also you my have noticed we won an award again. Didn’t want you to miss that.

I’ve missed being away from the van. Not getting to chat to regulars, not working in the van with Barny, not having the rush of a busy service. Not having the direct, satisfying feeling of earning your own money. Now I’m back, and it feels good.

Enough about me and my awards. Let’s talk about you.

Why you are doing this.

For starters, I will make the assumption that you like the food you cook. Not just that you’re good at making it, but that you actually like it. What ever happens over the next few years, you are going to eat a lot of that food. But of course you like it, otherwise you wouldn’t have bothered getting good at cooking it in the first place. It’s a natural desire for sociable creatures: we make something that brings joy, we want to give it to as many people as possible. Ideally in exchange for money. Because otherwise that’s a really poor business plan. 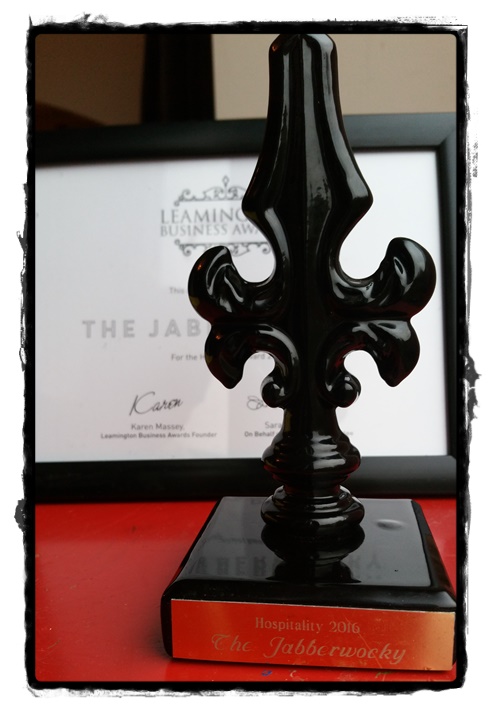 Boy, you must really want to see this trophy to keep bringing it up like that.

Consider also the magnificent freedom of street food. You are truly your own boss. No appraisals or reporting to management. You get to pick your hours. Granted, you will probably end up picking all of them, but at least that’s your choice, and the money you earn goes to you and your business, not some far off CEO. Unlike a lot of other businesses you are not tied into long contracts or massive obligations, so if a market/organiser/festival is not all it’s cracked up to be, you an just drop the mic and move on. Talking of freedom: I’m also only just realising that street food with no kids is not nearly as full time as I thought. We used to watch Homes Under The Hammer with breakfast. Now at least one of us is up before Cbeebies starts. If you are still getting to see how property three turns out, then savour that fleeting glory, it probably won’t last forever.

In a similar vein, you have ownership of that business. Whether that manifests itself as you, curled up in the corner after a hard day quietly whispering “mine” to your takings or being able to shout about that award you won, it was all your work. It feels good. It might be a pretty tiny empire, but it’s yours. Big empires don’t make better people, but street food does. Happier, more satisfied people. I have more job satisfaction now than in any previous place I worked, and I sincerely wish the same for you. Now let’s get out there and cook something.

Well done on another award! Thank you for taking the time to write all of your adventures and thoughts on these blogs… it helps to calm the nerves of 2 crazy people wanting to leave their jobs (eventually) and start their own street food adventure! 🙂 I hope that we are as happy as you are in your work x