There are two good reasons for buying second hand equipment: It’s cheaper and it’s less wasteful. Waste sucks, and street food, bless it, has a tendency to produce lots and lots of waste if you’re not careful. Still, the cost is probably why you’re here, unless you’re already attaining vegan-levels of eco-friendly smugness.

It all started with an article in our quarterly trade magazine, published by the good folks at NCASS, about not buying second hand equipment. The logic was that it can and will break, and that new kit comes with guarantees, safety testing and shiny, shiny newness. This is all true. But as the self-appointed expert who literally wrote the book on the subject of street food done cheaply, I feel like I can reasonably weigh in with a counterpoint. Let me introduce you to our fridges. 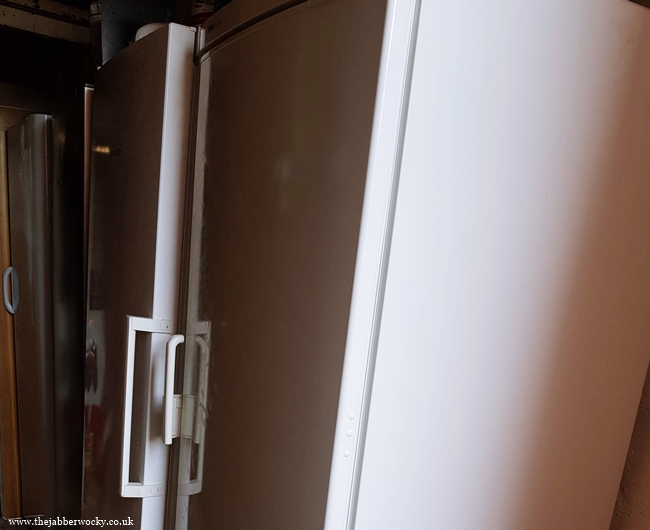 Our fridges live in the Tardis, which is off the side of our kitchen. They also live at festivals throughout the summer and get shunted in and out of the vans in order to be able to do so. Remember the rules about leaving a fridge to stand for 24 hours after moving it? It’s a lovely thought, but we have food to chill.

Cooking equipment is a little different. We bought Betty’s oven second hand. It lasted a grand total of three events, and then died in the middle of service. Today it’s used as a seat on quiet days and to store extra toastie bags in. Back in the day it cost us a few hundred pounds, and is now an overpriced, uncomfortable chair. 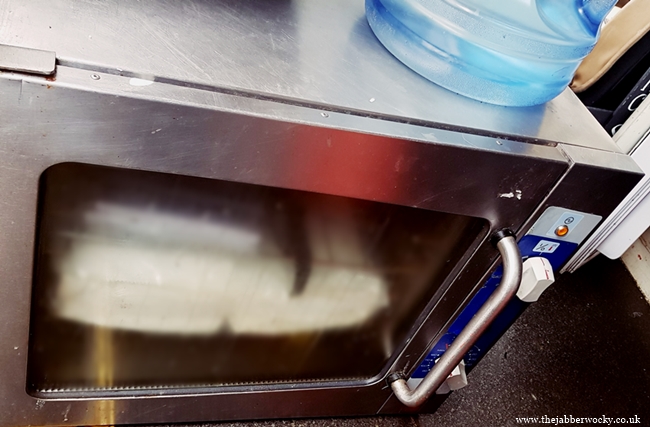 On the plus side, it fits the available space perfectly.

Then you have the grills: big Parry grills in both vans. They were new, and have both worked faultlessly so far for 3 years and counting. Our slicing machine, which we bought second hand, is used to make hundreds of cheese slices a week (thousands in festival season) and we were taking moody photos of it as far back as here. It has yet to fail us.

Most of our fridges come from Ebay, but my Top Street Food Tip for buying second hand catering equipment is catering auctions. The ones you have to show up to in person. Hire a van for the day (or get a Volvo, which has infinite storage capacity) and go stand in a freezing warehouse for six hours drinking styrofoam tea and eating bacon butties. You will probably end up buying lots of stuff you were not entirely sure you needed, but you can find some great bargains. It’s where we found our electric toastie press, which comes and saves the day occasionally when the vans break down. And the giant, indestructible bowl we use for everything and the tea urn now found in Betty. It’s also an exhausting but weirdly fun day out if you’re into that kind of thing.

If you can’t afford to have it fail in the middle of service, buy new. In all other things it pays to at least consider second hand.